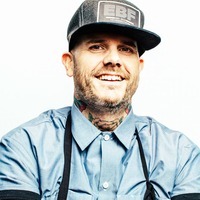 Matt Jennings has been a culinary visionary and pioneer for the past 25 years. New England born and bred, Matt has operated award winning restaurants in Providence, Rhode Island (Farmstead) and Boston (Townsman). Matt has also owned and operated a popular gourmet specialty retail store, and a beloved sandiwch shop.

On top of being an expert at food, beverage and hospitality operations and having cooked since he was 14 years old, Matt has won a ton of critical praise. Food & Wine Magazine has called Matt 'the future of food' and Bon Appetit Magazine called Matt 'one of the most significant voices in American food of our generation". Matt has been blessed to have been a five times James Beard Foundation finalist for Best Chef Northeast and also for his incredible cookbook which came out in 2017, "Homegrown; Cooking From My New England Roots", which garnered it's own set of reverence and awards.

Matt has authored many pieces for Food & Wine Magazine and his image has graced competition cooking shows like Iron Chef, Bizarre Foods and other popular food television. Matt is the founder of Full Heart Hospitality, a food, beverage and hospitality consulting firm with locations in Boston and San Francisco.