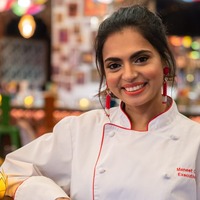 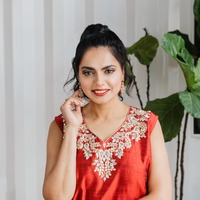 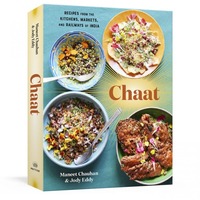 Best known as one of the panel of judges on the award-winning Food Network program, Chopped, Maneet Chauhan’s energy and creativity, combined with polished culinary skills and the courage to follow her passion, have proven to be the right ingredients for success. Recently name to Nation’s Restaurant News 2019 Power List, Maneet is the founding partner and president of Morph Hospitality Group in Nashville, TN. In November 2018, Maneet opened Chaatable in the Sylvan Heights section of Nashville. The eatery has been a passion project for Maneet and husband Vivek Deora and draws inspiration from their childhoods and the regional street food throughout India. The company also owns Chauhan Ale & Masala House, a microbrewery and gastropub with Indian influences; Tansuo, serving contemporary Chinese cuisine; and Mockingbird, a modern diner serving global fare, all of which are located in Nashville. Maneet is also the co-owner of Mantra Artisan Ales in Franklin, TN and a partner in the Steel Barrel Brewery in Murfreesboro, TN.

After graduating from CIA, Maneet headed for Chicago. She fell in love with the city and began her quest to find a job in a dynamic and challenging environment. Maneet was pitted against 40 male chefs for the executive chef position at Rohini Dey’s contemporary Indian and Latin American fusion restaurant Vermillion. She prevailed and was the restaurant’s opening chef. In 2007, Maneet moved to New York City to open At Vermilion where she was nominated as the Best Import to New York by Time Out magazine. During her tenure with these landmark restaurants, they received exceptional reviews from Bon Appétit, USA Today, Time, Esquire, Travel & Leisure, Gourmet, Town & Country, Business Week, and O, The Oprah Magazine, as well as getting a stunning three-star review from the Chicago Tribune.