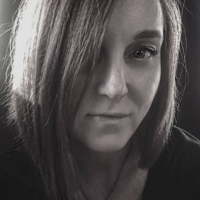 TRACEY LANDON is a Los Angeles based Line Producer and DGA UPM who thrives on the creative and fundamental mechanics of filmmaking, and is inspired by her work on director-driven films at both the studio and independent levels. Tracey has worked across the US, in addition to locations in Europe, Canada and Morocco, with film directors as diverse as Kevin Smith, Noah Baumbach, Andrew Dominik, Bruce Beresford and Taylor Hackford. Her most recent endeavor was Rachel Morrison’s directorial debut on Universal’s FLINT STRONG, after embarking on Andrew Dominik’s haunting Marilyn Monroe biopic BLONDE with Plan B Entertainment and Netflix, and Noah Baumbach’s Oscar-nominated WEDDING STORY.

After getting her start in TV commercial and music video production, Tracey transitioned to the feature film world with Quentin Tarantino’s DEATH PROOF followed by the Golden Globe-winning THE KIDS ARE ALL RIGHT directed by Lisa Cholodenko.

This expert donates all Sidetime proceeds to Black Lives Matter (via ActBlue).