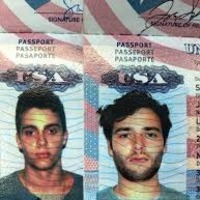 rubberband. is a directing duo comprised of Jason Filmore Sondock + Simon Davis, operating out of New York City. They met in NYU Tisch’s Kanbar Institute of Film and TV in 2011 and have been directing to together under the moniker since the end of 2015. They're represented by Smuggler and BWGTBLD.

This expert donates all Sidetime proceeds to Emergency Release Fund (via ActBlue).