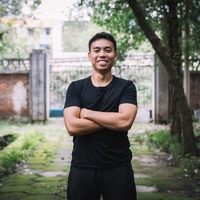 Born in Los Angeles of Cantonese descent, Sheldon discovered as a teenager that movies were more than simply entertainment via his introduction to the Criterion Collection. He was further inspired by the power of storytelling when he interviewed his father for a documentary and learned of his parents’ tale of survival where they fled Vietnam in the aftermath of the war. Committed to filmmaking, Sheldon attended NYU Tisch School of the Arts where he earned his MFA in cinematography.

As a cinematographer, Sheldon has specialized in filming internationally, working with diverse colleagues, and capturing images from a vast array of cultures as he continues to seek stories that are evocative, personal, and emotionally resonant.

Sheldon is currently based in New York City.