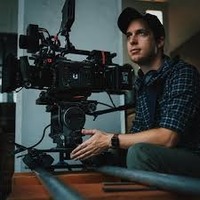 Oren grew up between the United States and Israel, honing hobbies in painting and photography and watching Steven Spielberg movies. These activities laid the groundwork for what would eventually become a burning passion of all things film, and a particular focus on crafting bold, cinematic visual imagery. In 2017, a short film that Oren shot, 'Opera of Cruelty,' won the Alternative category at the Student Academy Awards.

Also that year, Oren shot two feature films that received theatrical releases. In 2018, a music video Oren co-shot for Avicii and Rita Ora, ‘Lonely Together,’ won the MTV VMA for Best Dance Video. During his studies at NYU’s Tisch School of the Arts, Oren was nominated for the ASC Gordon Willis Student Heritage Award, and was a finalist for the Arri Volker Bahnemann Award for Cinematography. Since then, Oren has shot dozens of commercials and music videos for a variety of clients including Nike, Crest, Viacom, HBO, Foot Locker, IBM, Grey Goose Vodka, Doritos, Marriott Hotels, Mattel, and MTV, and has and has worked and apprenticed for acclaimed Directors of Photography Reed Morano, ASC and Greig Fraser, ASC, ACS.

For more info and to see Oren's work, visit: www.orensoffer.com