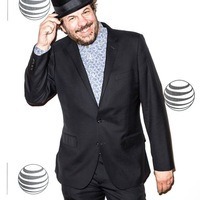 Michael Taylor, a film editor based in New York City, is a member of the Academy of Motion Picture Arts and Sciences (AMPAS), the American Cinema Editors (ACE) and the Motion Picture Editors Guild (MPEG).

His credits include Lulu Wang’s The Farewell, which won best feature film at the 2020 Independent Spirit Awards. He was nominated for best editing of a feature film, comedy or musical, at the ACE Eddie Awards, and Awkwafina won best actress at the Golden Globes.

His most recent film, Edson Oda’s Nine Days, won the Waldo Salt Award for Best Screenplay the 2020 Sundance Film Festival and will be released this winter by Sony Pictures Classics.

His films have premiered at Sundance nearly every year over the past decade, and have also played at SXSW, Tribeca, BAM CinemaFEST, Cannes, Venice, and Toronto, before their theatrical runs.

Michael also cuts documentaries - including Margaret Brown’s Peabody Award-winning The Order of Myths, Heidi Ewing and Rachel Grady’s Freakonomics and Holly Morris’s The Babushkas of Chernobyl, for which he won Best Editing at the Woodstock Film Festival.

He has been a film juror at the Gotham Awards, the Woodstock Film Festival and IndieMemphis, and is an annual judge of news programs and documentaries at the Emmy Awards.

This expert donates all Sidetime proceeds to Black Lives Matter (via ActBlue).