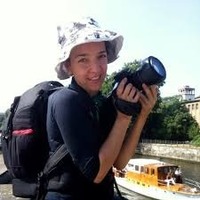 Mariana has been a member of New York’s LAByrinth Theater Company since 2000. Her first feature film as writer/director/producer “The Aspern Papers” was a contemporary adaptation of Henry James’ classic novella (starring Brooke Smith).

You can keep current wit her projects at lazulitafilms.com