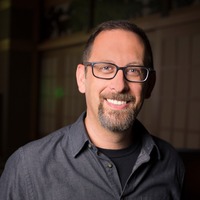 With over 20 years of experience, two-time Emmy nominated supervising sound editor Mandell Winter has supervised sound for a variety of projects ranging from major studio blockbusters to independent features and high-profile television series. Mandell was most recently the supervising sound editor on Apple's Defending Jacob, HBO's The Outsider, and Quibi's #FreeRayshawn.

In 2019, Mandell received two Emmy nominations in the Outstanding Sound Editing For A Limited Series, Movie Or Special category for his work as the sound supervisor on HBO’s critically-acclaimed Western film Deadwood: The Movie and Season 3 of HBO’s anthology crime series True Detective, starring Mahershala Ali. Additionally, he received two MPSE (Motion Picture Sound Editors) Golden Reel Award nominations for Season 3 of True Detective, a third for Deadwood, and a fourth for What's My Name: Muhammad Ali. Mandell’s accolades further include two MPSE Golden Reel Award nominations for his work on Season 2 of True Detective and a Golden Reel Award nomination for the film Southpaw.
His other notable credits include the Emmy-nominated series, Tom Clancy’s Jacky Ryan, The Equalizer franchise, and The Magnificent Seven starring Denzel Washington; The OA and The Girl in the Spider’s Web.

Mandell graduated from the University of Colorado, Boulder and has worked in post-production ever since. He has worked in virtually every capacity in sound production, including Foley, ADR, sound design, effects and dialogue editing. Mandell is a passionate artist and applies his talents in service to every project to bring its unique vision to life. Whether recording crowds to support a boxing match, or black-powder rifles for a Western gunfight, he rises to the challenge and delivers excellence every time.