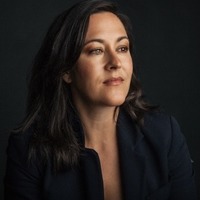 Maggie Kiley is quickly becoming one of the most sought-after creatives in the television arena, and a testament of quality work in the industry today.

Upcoming, Maggie will serve as director and EP behind USA Network’s series: Dirty John: Betty Broderick, the anticipated second installment in the anthology series. This season follows the marriage of Betty and Dan Broderick (played by Amanda Peet and Christian Slater), as their marriage turned into what Oprah deemed one of “America’s messiest divorces” even before it ended in double homicide. Maggie directed four out of the eight episodes of this season, including its premiere and finale, allowing her vision to set the tone for the series. This second season is slated to premiere June 2, 2020.

Following, Maggie will direct and executive produce the pilot episode of ABC’s The Brides. The series is a contemporary reimagining of Terence Fisher’s cult-film, The Brides of Dracula, following the family drama of a trio of powerful female leads, starring Gina Torres, Erin Richards and Katherine Reis.

It was recently announced that Maggie signed a major exclusive, multi-year overall deal at Warner Bros TV. Under the pact, she will render director and executive producer services for the studio, in addition to developing new TV projects for broadcast, cable and streaming services.

Maggie has the honor of being the first individual selected by Ryan Murphy for his coveted Half Initiative. With Ryan’s guidance throughout this program, coupled with her undeniable talent, Maggie rightfully earned her spot directing episodes of television’s most successful series, including American Horror Story: Cult, Scream Queens and 9-1-1.

Maggie began her career as an actress at Off Broadway’s Atlantic Theater Company, earning roles in films such as James Gray’s We Own the Night and Andrew Jarecki’s All Good Things. Maggie then became an emerging director through the American Film Institute’s prestigious Directing Workshop for Women. She is also an alum of diversity programs such as Fox Directors Lab, Film Independent’s Directing Lab and WeForShe.

Maggie is currently based in Los Angeles. She is part of the Filmmaking Collective Film Fatales and has taught guest classes in directing and acting for NYU Tisch School of the Arts and Los Angeles County High School for the Arts.