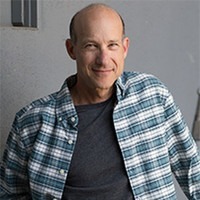 Lon has supervised the sound on over 80 Films.

In addition to his work in feature films, Bender has lent his expertise to the Broadway stage, designing the soundscape for Disney’s Tarzan, still a hit in Europe. This gave him the opportunity to hone his editing and mixing skills, which opened a whole new world of collaboration.

His non-feature film work ranges from commercials for high-performance cars, including Lamborghini, the Corvette and AMG Supercars, to helping out with student films and occasionally guest teaching at USC Film School.

Bender began his editing career on “Coal Miner’s Daughter”. He is one of the co-founders of Soundelux, for over thirty years he and his partners built a community and support system that set the stage for artistic excellence that fostered many successful careers in the sound community. The Soundelux Showorks delivered creative sound design as well as sound systems for theme parks such as Universal Studios as well as themed restaurants nationwide.

Bender won an Oscar® for the Sound Effects Editing for “Braveheart” (shared with Formosa Group’s Per Hallberg). Bender received Oscar® nominations for this year for “The Revenant” as well as “Blood Diamond“ and “Drive” and was awarded a scientific and technical award from the Academy of Motion Picture Arts and Sciences for the Advanced Data Encoding System.

As an inventor and creative force, Bender has pushed forward the art and science of creative sound work for many industries.

This expert donates all Sidetime proceeds to Planned Parenthood.