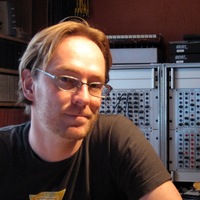 Since 1997 Kent Sparling has been a sound designer and re-recording mixer at Skywalker Sound, with credits on Sofia Coppola’s ‘The Virgin Suicides’, ‘Lost in Translation’ and ‘Marie Antoinette’, Mike Mills’ ‘Thumbsucker’, Spike Jonze’s ‘Adaptation.’ and ‘her’, and ‘We Own the Night’ and ‘Two Lovers’ by James Gray. His deep ties to independent film are exemplified by his work on Lee Isaac Chung's 'Minari', Joe Talbot's 'Last Black Man in San Francisco', 'Kajillionaire' and ‘The Future’ by Miranda July, Lance Hammer’s ‘Ballast’, ‘Ain’t Them Bodies Saints’ by David Lowery, Kelly Reichardt’s ‘Night Moves’ and 'Certain Women', Ira Sachs’ ‘Love is Strange’ and Alan Ball's 'Uncle Frank'.

In addition to his work as a sound designer and mixer, Sparling is a composer and improviser, with 8 CD releases of experimental electro-acoustic music, and 4 feature film scores to his name. In 2014 he was a Composer Fellow at the Sundance Music and Sound Design Lab: Documentary, and was recognized later that year by the San Francisco Film Society as "Essential SF", their annual award for those leaving an "indelible mark on Bay Area film culture".

This expert donates all Sidetime proceeds to Sundance Institute.