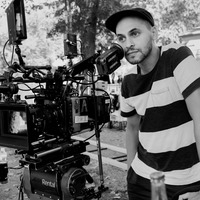 Jody Lee Lipes is a cinematographer and director with diverse experience in film, television, commercials and music videos.

In film, he has worked with such acclaimed directors as Kenneth Lonergan on "Manchester By the Sea," which earned an Academy Award nomination for Best Picture; Marielle Heller on "A Beautiful Day in the Neighborhood," which garnered an Academy Award nomination for Tom Hanks; Sean Durkin on "Martha Marcy May Marlene," which won Best Director at the Sundance Film Festival; and Judd Apatow on "Trainwreck," which earned a Golden Globe Nomination for Best Picture.

In commercials and music videos, he has worked with (among others) Mark Romanek, Jenn Nkiru, Jonas Lindstroem, Gia Coppola, Grant Singer, Fabien Baron, and Miles Jay.