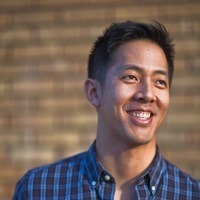 Geoff’s films and productions have shown at over 100 festivals, including Sundance, SXSW, Cannes, and Rotterdam, and been supported by IFP, Film Independent, HBO Films, and the Film Arts Foundation. He was a recipient of the 2009 IFP Marcie Bloom Fellowship in Film, a 2011 fellow in Film Independent’s Project: Involve, a 2012 producing fellow for the Center for Asian American Media, and a 2014 Sundance Creative Producing Summit Fellow. He has taught filmmaking at Columbia University and Sarah Lawrence College, and has produced videos for New York Magazine and The Wall Street Journal. He is a graduate of Columbia University’s MFA film program and the University of California at Berkeley.

This expert donates all Sidetime proceeds to Planned Parenthood.