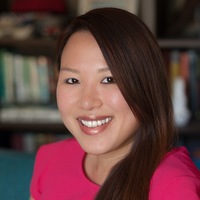 Previously, Emily was most known for her producing work, having served as producer on Ishai Setton’s THE KITCHEN, starring Laura Prepon, Bryan Greenberg, and Amber Stevens, and Stephen Suettinger’s A YEAR AND CHANGE, starring Bryan Greenberg, T.R. Knight, and Jamie Hector. She also executive produced the films PIT STOP, LAND HO!, and MAN FROM RENO, which collectively have screened at Sundance, SXSW, Tribeca, and Los Angeles Film Festival. She most recently produced Lynn Chen’s directorial debut I WILL MAKE YOU MINE, which was selected for the 2020 SXSW Festival.

Emily currently resides in Los Angeles and is mom to her twins Austin and Celeste. She is represented by Verve Agency and Black Box Management.