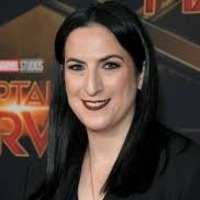 Debbie Berman is most well known for her work as an Editor on 'Black Panther', which is the first super hero film ever to be nominated for several Academy Awards (including Best Picture), and winner of 3.

Debbie is one of the very few female Editors working on big budget features, and has had a meteoric career rise over the last couple of years. This began with her first foray into Marvel Studios editing 'Spider-man: Homecoming'. This film was critically and commercially acclaimed, and reinvigorated the franchise to become 2017's top grossing super hero film.

She then worked on 'Black Panther', which is nothing less than a cultural and film phenomenon. It received a 97% on Rotten Tomatoes (Marvel Studio's highest scoring film), made $1.2 billion worldwide, and is one of the top grossing films of all time. Using her unique life experience of being born and raised in Africa, Debbie was able to help ensure the authenticity of Marvel's first film set on the continent. One of her major contributions was to guide the narrative and the performances in a way that accentuated a multitude of powerful, interesting and inspiring female characters.

Debbie's third film in a row at Marvel Studios was 'Captain Marvel'. It is the first female led film in their cinematic universe. It grossed over a billion dollars within it's first month of release, had the biggest world wide opening weekend for a female led film, set the worldwide opening weekend record for a solo superhero film, and is the highest grossing female superhero film of all time.

Debbie is now in high demand as one of the most exciting new talents in Hollywood.