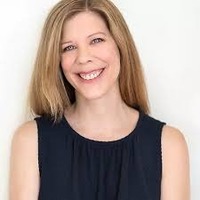 Colette was nominated for a 2020 Academy Award for Best Documentary Short Subject for producing Laura Nix's WALK RUN CHA-CHA. The film premiered at the Tribeca Film Festival and won Best Short at Viet Film Fest, and is now streaming on the New York Times Op-Docs.
​
Colette has also written, produced, and directed short documentaries for outlets such as THE NEW YORKER and FACING HISTORY, and and is currently directing the feature documentary ROCKETMAN.
​
Colette's documentary work with the Woods Hole Oceanographic Institution has taken her on expeditions across the globe, filming whales from the Fuji blimp, rocket launches from Cape Canaveral, and deep-sea submarines from a Russian research vessel with James Cameron. Her work can be seen in VR/AR/MR productions, IMAX films, and museums nationwide.

Colette is a graduate of UC Berkeley and the American Film Institute. She is a member of Women In Film, Film Independent, and the International Documentary Association. She lives in Los Angeles.