I’m looking for an expert in
JOIN
SIGN IN 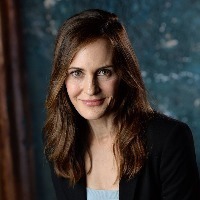 Writer/Actor/Producer working across film, television and theater
Known for: Cash for Gold, Unbelievable, The Office
Experience: 20 years
Starting at: $5
Base Cost: $1/min
Proceeds are being donated to: NAACP Legal Defense and Educational Fund, Inc..

Deborah is an award-winning actor-turned-writer whose first script, the short film "Cash for Gold," (which she also starred in and produced) became a festival favorite, competing at Oscar-qualifying festivals around the country. Nominated for Best Writer at the NBCUni Shorts Fest Finals held at the DGA, that film now lives on Hulu courtesy of NBCUniversal. She has since expanded the short into a feature; that script held a top-ten placement on The Black List's "Real-Time Top List" for over 16 weeks and is currently in development with Chariot Entertainment. In 2018, her single-camera comedy pilot "New Tricks" was selected as a finalist for the Sundance Episodic Story Lab and earned her entree to Imagine Entertainment’s elite Impact Community, a selection of 300 writers hand-picked from over 11,000 applicants by Imagine staff. Other scripts include the multi-generational family dramedy “Play Like a Girl,” based on her own experience of supporting her transgender child within a conservative family, as well as other projects in various stages of development.

Deborah’s acting credits include recurring and guest-starring roles in hit shows for Netflix, ABC, CBS, NBC, HBO, FOX, Lifetime and TVLand. Credits include Unbelievable, The Office, Parks and Recreation, Grey’s Anatomy, Criminal Minds, True Blood, and Revolution. In the feature world, Deborah has appeared across the spectrum from indies that went on to compete at Sundance and the Toronto Film Festival to mega-budget films for Miramax and Disney.

On stage, Deborah has been a nominee/recipient of every major theater acting award in Chicago and Los Angeles. She has played lead roles in over 30 plays and over 100 workshops and readings at major theaters in Chicago, New York and Los Angeles including Mark Taper Forum, Kirk Douglas Theater, Geffen Playhouse, The Broad, La Mirada Theater, Laguna Playhouse, Antaeus Theatre and Rogue Machine. She has originated leads in seven world premieres including Rebecca Gilman’s Pulitzer Prize-nominated The Glory Of Living and is a proud member of SAG-AFTRA and Actors Equity Association.

Her two single forays into producing led to both a Best Short nomination from NBCUni (Cash for Gold) and an Ovation Award for Best Play (Four Places, Rogue Machine).

Deborah's other passions include travel and political and social activism particularly within the spaces of voting and transgender rights.